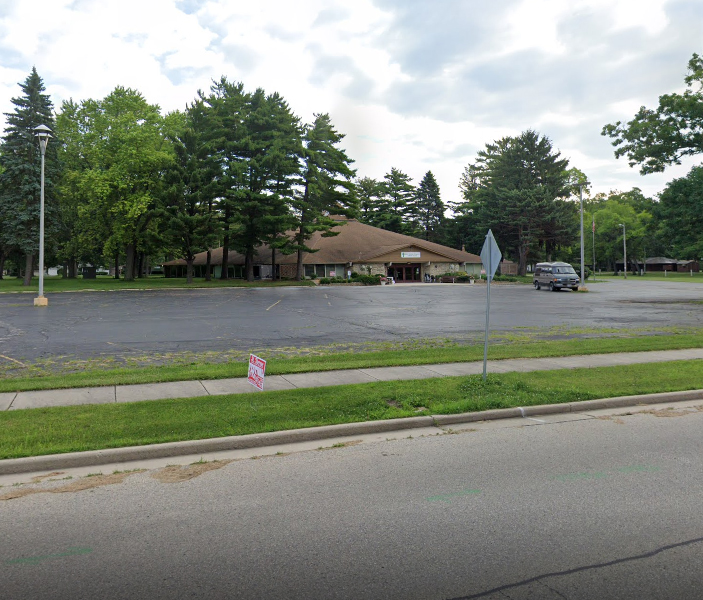 Archbishop Listecki is now permitting Sunday Masses (only) in parking lots beginning Easter Sunday! We will have a 9:30 AM Mass at St. Therese in the front parking lot. As of right now, all must remain in cars for entire Mass including Holy Communion, which only a priest may distribute. Ushers will be taking a offertory collections as well (please be generous!). These Mass times will continue every Sunday until further notice. There are STILL NO public weekday Masses.)

Also, there will be Confessions at both parishes on Holy Saturday from 3 PM to 4 PM. Please pass the good news on to others. Let us give thanks, and hope to see everyone on Easter Sunday! 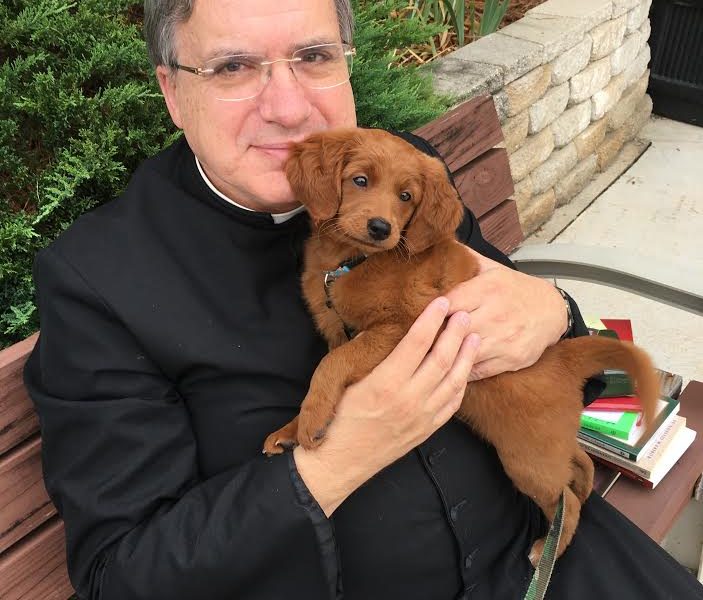 Fr. McDermott and the Golden Doodle!

St. Therese Church was blessed with a visit from a friendly, canine pal! An 8-week-old golden doodle named Harper Rose stopped by to show her love! She loved Fr. McDermott as much as he loved her! She actually started to bite his collar… Good dog! The puppy also visited with Mary, our parish office administrator, and they both enjoyed their time together! You never know who might pop in at St. Therese! 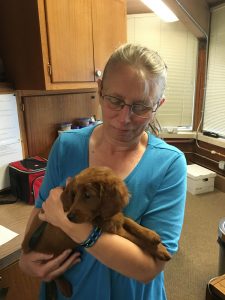 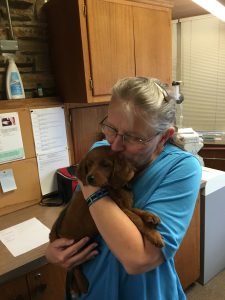 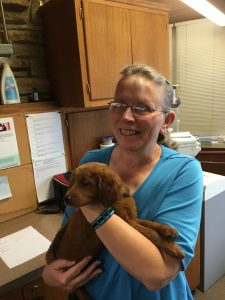 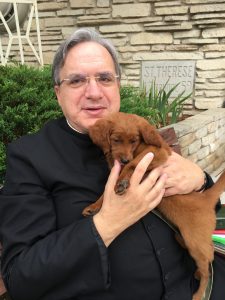 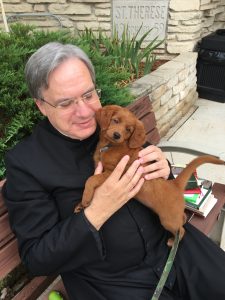 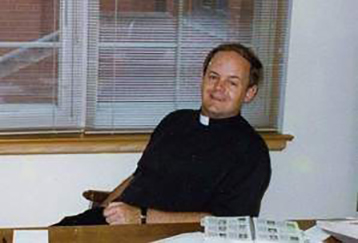