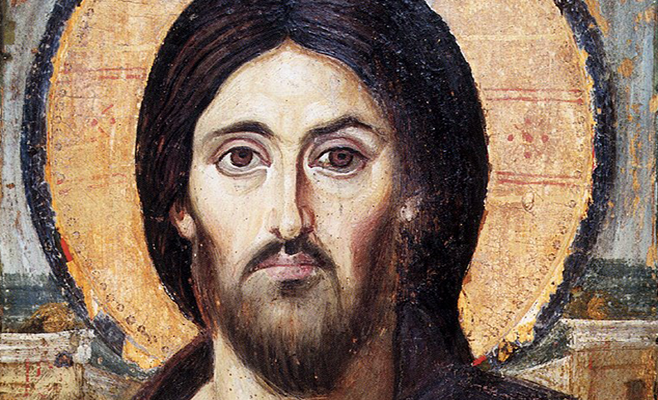 “Who do people say that I am?” This was the question posed by Jesus to the apostles at Caesarea Philippi.
They respond: some say your John the Baptist, others Elijah the prophet, or one of the prophets.
But Jesus then asks: “But who do you say that I am?” And Peter responds: “You are the Christ.” Actually, in St. Matthew’s gospel, we read that St. Peter responds: “You are the Christ, the Son of the living God.”
Who precisely is Jesus? Since His coming into the world more than 2000 years ago, this has been what you could call the perennial question.
It is accurate to say that most of the people in the world today do not really know who Jesus Christ is: Buddhists, Hindus, Muslims.
We believe, as we profess in the Creed, that Jesus is the Eternal Son of God the Father – “God from God, Light from Light, true God from true God, begotten, not made (He’s not a creature) consubstantial with the Father.”
Simply put, Jesus is God who became man while remaining God.
But right from the beginning of the Church there were heretics who denied this truth.
In the late first century there were the Docetist gnostics, who believed and taught that the material world is evil, therefore God would never really become man; therefore Jesus is the son of God who only appeared to be man. St. John the evangelist, at the beginning of his Gospel, refutes these heretics: “In the beginning was the Word, and the Word was with God, and the Word was God. . . . And the Word became flesh, and dwelt among us” (Jn. 1:1, 14).
A few centuries later, the heretic priest Arius said just the opposite: that Jesus was not God, but only a very holy man; that He was just a creature. The Council of Nicaea condemned this heresy and gave us the creedal formulae that I just recited, which we profess every Sunday at Mass.
The heresy of Arianism was condemned at Nicaea in 325 AD but it did not die out; it kept circulating around the Middle East for hundreds of years, and was resurrected in a big way, so to speak, in the 7th century by a fellow named Mohammed, the founder of Islam, who claimed that Jesus was just a holy prophet, but that he, Mohammed, was God’s great and final prophet.
By denying that Jesus is God, both Mohammed, and Arius before him, deny the Most Holy Trinity: three divine Person in one God. We are left only with God – in Arabic, Allah.
In the first epistle of St. John the Apostle, near the end of the NT, we read these words: “He who denieth that Jesus is the Christ is the antichrist. He who denieth the Father and the Son, he is the antichrist” (1 Jn. 2:22).
So, both Arius, and Mohammed after him, are truly antichrists; i.e., precursors of the final Antichrist who will come at the end of the world, and who will demand worship of himself rather than Jesus Christ.
Islam is a powerful force in the world, with more than 1 billion people adhering to this heretical religion.
In light of the fact that today [yesterday], September 11, marks the 20th anniversary of an Islamist terrorist attack on our country, it is good to explore the beliefs of those who adhere to this religion.
We read Isaiah’s prophecy about how Jesus, the Messiah, would suffer and die for our sins; we believe that because of Original Sin and all of our sins, we need a redeemer, and that Jesus redeemed us by dying on the cross, thus atoning for our sins.
Muslims have no such concept; in fact, believe Jesus, b/c he was a prophet, did not die on the cross; Judas died – God/Allah put the face of Jesus on Judas.

In the Islamic mind, there are really two worlds: the world of Islam (Dar-al-Islam) and the world outside of Islam (Dar-al-Harb, the sphere of war).
In the world of Islam there is peace (Islam means “peace” and “submission”), because Allah is worshipped and Muslims are in power. Muslims do not distinguish between government and religion; there is no secular state in Muslim ruled countries; the religion of Islam is in effect the state and everyone falls under the rule of Islam (sharia law).
The world outside of Islam is in a permanent state of war (Jihad/holy war) because Muslims do not rule there; the world will be in permanent war until Allah is the only God worshipped. Therefore, the world outside of Islam is in a permanent state of jihad.
Fr. Samir Khalil Samir, a Jesuit priest and professor of Islamic studies at the pontifical Oriental Institute in Rome, speaking of ISIS and other Islamist terrorist groups, like those that attacked the U.S. on Sept. 11, says:
“It is false when people say such attacks have nothing to do with Islam. ISIS is not doing anything which is neither in the Koran nor in the Mohammedan tradition. ISIS is the application of what is taught. It’s not outside Islam. Or something invented. No, they are applying Islam. When we hear it has nothing to do with Islam – that [Islam] means ‘salaam’, that is, ‘peace’ – this is all false. It’s not true.” (National Catholic Register, 4/1/17).
Jihad (holy war) is a religious duty incumbent upon every individual Muslim.
Now, that’s not to say that all Muslims want to do violence to non-Muslims like us. But, I cannot recall one Muslim leader who has condemned 9-11 or any other Muslims terrorist attack, can you? Why is this? Because all that they do can be justified by what is written in the Koran.
Muslims regard us as heretics, because we believe that Jesus is God. It regards the Incarnation as blasphemous. They claim we are polytheists. The truth is, that we leave only one God, but three persons in one God.
“Christians are blasphemers and infidels.” Koran 5:17
That Islamic terrorists are not doing anything which is not approved of in the Koran, here are some teachings from the Koran: “Slay them wherever you find them. Idolatry is more grievous than bloodshed [i.e., it’s better to kill non-believers than to let them live as “idolators”]. . . . Fight against them until idolatry is no more and God’s religion reigns supreme.”
“Fight in the ways of Allah. Kill the unbelievers when you meet them. Fight against them.” Koran 2:190-193
What is our response to the threat of Islam? We must love Muslims – and convert them to Christ. But as I noted, this is difficult, because they consider us who believe that Jesus is the Son of God who became man, as heretics.
I believe (with Archbishop Fulton Sheen) that Our Lady of Fatima will convert Muslims to her Son. She will crush the head of the serpent, Islam.
Fatima is the name of Mohammed’s daughter; and the town of Fatima, Portugal was named after a Muslim woman in the 12th century who lived there and who converted to Catholicism when the Catholics conquered the Muslims in that land.
It is, I believe, most significant that Our Lady chose to appear in the town of Fatima in 1917 with a message of peace, and that is honored under the title Our Lady of Fatima.
Let us pray that we can be Our Lady’s troops who go out into the world and convert all peoples in all nations, especially the Muslims, to Christ, so that they may honor Him as their Lord, their King, their God and their Savior!