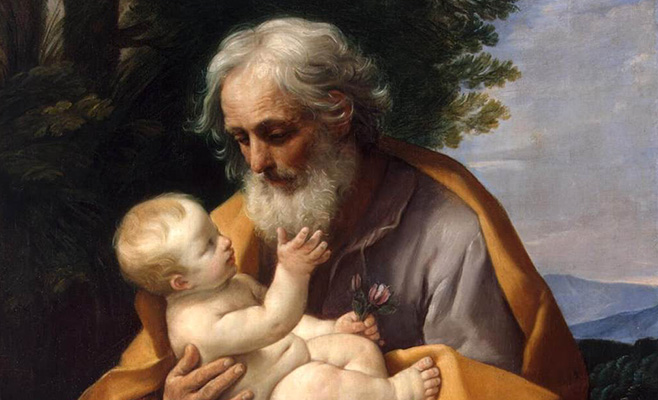 Jesus Christ, the Eternal Son of God, was sent by God the Father to reveal Him to us, and to redeem us from our sins. Jesus, the Son, was “obedient unto death, death on the cross.”

We’ve all heard that “Black lives matter.” But the full truth is that all lives matter, no matter what race or religion one belongs to.

Today, in light of Christ’s words in the Gospel which I quoted at the beginning of my homily, and because this Sunday is Father’s Day, I’m going to tell you why All Fathers Matter.

This is a most timely topic. We can look around and see that our society, our culture, is severely fractured and is in disarray.

Just a few days ago Archbishop Listecki, in his “Love One Another” blog, said,

“I never thought I would experience anarchy having a foothold in the United States. Yet, the takeover of six city blocks by a group claiming they speak for people in Seattle, Washington, has left me wondering just how far we have sunk in our understanding and respect for the established rule of law.”

I submit that one of the main causes of problems in our society is fatherlessness – children growing up without a father in the household.

Fatherlessness represents a crisis in all races. When boys are growing up, especially in their teenage years, they need the discipline and guidance of a father; and they need a father to show them the meaning of true, authentic masculinity.

In my previous lifetime, as an assistant state’s attorney who prosecuted juvenile delinquents, I witnessed the devastating effects of boys growing up without fathers. At least 90% of the teenage boys I prosecuted came from homes where their father was not present, due to divorce or abandonment.

Father Reese shared with me the story of a woman judge he knew who told him how on one occasion in her teenage years in the hot summer weather her father, who was driving by in his car, saw her walking down the street dressed immodestly. He ordered her to get in the car, drove her home and made her change her clothes. She threw a fit at the time; but later as she grew more mature she was so thankful that her father acted the way he did – to protect her.

I recall hearing the Catholic convert and apologist Steve Ray talk about how he sits down with young men that come to his house to pick up his daughter for a date; he makes very clear what will happen to them if they should violate his daughter in any way, and they understand.

Yes, a good father is a guardian and protector of his wife and children, especially of his daughters.

What happens when fathers are not around to give moral guidance and protection to their daughters? Girls that grow up in fatherless homes tend to be promiscuous, because they are looking for that love that is missing from their fathers.

And in this age where there are false messages about sexuality and much confusion about gender, young teenage girls can easily be misled by social media, friends and classmates. But girls who have a tender, loving father who affirms them in a loving way will not be confused about their sexuality.

And as I said before, often when boys do not have a father, they tend to get in trouble with the law and exhibit antisocial behavior. When boys come from a stable home with her mother and father present, especially when the family attends religious worship, criminal or antisocial behavior decreases proportionally.

Fatherless homes are a plague in society, regardless of race or nationality; but statistics make clear that this is especially true in the black community.

More than 70% of black children are born today out of wedlock; about the same percentage of young adult black males are either in prison, probation or parole. And young black women continue to have children out of wedlock.

And here I’ll add that the group Black Lives Matter will not assist the black community with its problems, but will only make the problems worse.

Why do I say that? I’ll read here from the Black Lives Matter website, under the heading, “What We Believe”:

We disrupt the Western-prescribed nuclear family structure requirement by supporting each other as extended families and “villages” that collectively care for one another, especially our children, to the degree that mothers, parents, and children are comfortable.

This is language right out of the Marxist playbook!

We foster a queer‐affirming network. When we gather, we do so with the intention of freeing ourselves from the tight grip of heteronormative thinking, or rather, the belief that all in the world are heterosexual (unless s/he or they disclose otherwise).

So, abolish the traditional family with mother and father, and embrace the homosexual agenda; this is going to help the black community? That’s insane. Nay, that is EVIL!

And while BLM has removed from its website language that said women have the right to “reproductive freedom” (i.e., abortion), its leaders still work with Planned Parenthood – the largest abortion provider in the country, which specifically targets the black community. PP has done so from the very beginning, with its foundress, Margaret Sanger, who promoted the idea of eliminating the black and “inferior” races.

So, BLM does NOT care about all black lives, especially unborn black babies!

Archbishop Listecki, in his blog from a few days ago, goes on to say:

“Ideologues claim that they have a better way, that the people will now claim their rights and everyone will be equal.”

The Black Lives Matter organization is one of these ideological groups, one that embraces a neo-Marxist agenda.

The Black community is suffering because black families are in a shattered state, and yet Black Lives Matter claims that it wants to get abolish the nuclear family structure and get rid of thinking that sees heterosexual relationships as normal. This will only further harm the black community – something worthy black leaders admit.

A few days ago Mr. Niger Innis, National Chairman of the Congress of Racial Equality, told EWTN host Raymond Arroyo that fatherlessness and disrupting the family is “going to hold black people back.”

Three Sundays ago, along with some peaceful protests here in Kenosha, there was also vandalism and looting. Looking out the window of my Mt. Carmel rectory I saw about 40-50 cars driving in Columbus Park (next door) and then up and down the street in front of the rectory and church, honking their horns and yelling loudly as they leaned out the car windows.

These cars were filled with young males – both white and black; and many cars had Illinois license plates. They were not here to “peacefully protest.” Someone from this group threw a Molotov cocktail (a firebomb) through the window of the restaurant across the street and down the block from the rectory; they broke the window of a Mexican store just up the street from the church. I feared for the safety of my church, school and rectory, and was thankful that about twenty National Guardsmen were stationed directly in front of my church while this was going on.

I would be willing to wager that most, if not all, of these young men in cars did not come from homes with a loving, caring father, and have never known a father’s tender love and guidance.

On this Father’s Day weekend, let us turn to the model of Christian fatherhood, St. Joseph, for his prayers and heavenly intercession. St. Joseph was the Guardian and Protector of the Holy Family. He is also the universal Patron of the Catholic Church.

We just put up a statue of St. Joseph, an old statue which was donated but needed to be refinished. We are thankful that our parishioner, Mary Magdalene Moser, who is an artist, refinished the statue. It is truly beautiful.

Our parish purchased the book Consecration to St. Joseph as an Easter gift; please take one after Mass if you do not already have one (please, one per family).

Finally, let us pray that Saint Joseph may be an inspiration and guide for all fathers, and that all fathers may look to this powerful Saint for assistance in fulfilling their beautiful and most important vocation as fathers.