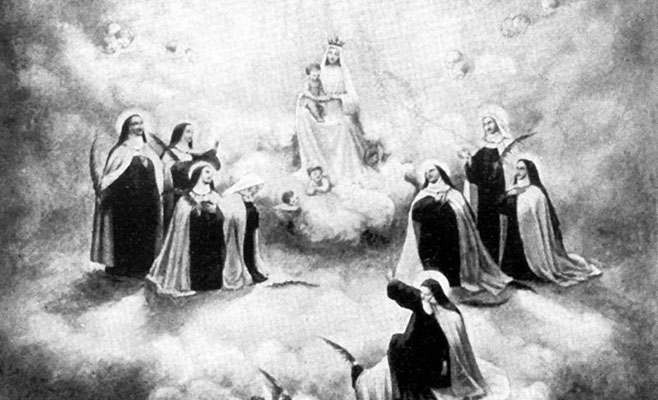 “Behold, the days are coming, says the Lord, when I will raise up a righteous shoot to David; as king he shall reign and govern wisely.” (Jer. 23:5)
These are the words of the O.T. Prophet Jeremiah, foretelling the coming of Christ as King. Jesus has already come and founded His Church, His Kingdom on earth. Our duty is to help extend His Kingdom, the social reign of Christ the King, until He comes again in glory.
This past Wednesday, July 14, the French celebrated Bastille Day: the storming of the Bastille, a military fortress and prison in Paris, which marked the beginning of the French Revolution.
The French Revolution was co-opted and controlled by radical, anti-Catholic, God-hating atheists.
French Revolution at its core was a demonic attempt to crush Catholicism and faith in Jesus Christ, the King of kings and Lord of lords.
These radicals, after lopping off the heads of their King, Louis XVI, and his wife, Marie Antoinette, changed the days of the week. They eliminated Sunday as God’s day; and changed the calendar – no feast days of saints.
In the Notre Dame Cathedral, the government took out the Blessed Sacrament, the Real, Substantial Presence of Christ in the Eucharist, and erected in its place a statue of a woman representing the goddess of reason.
I wonder if she looked like Pachamama – the Mother Earth goddess that modern day pagans in Peru and Bolivia worship, and who, by the way, is very much like the goddess Astarte, who back in O.T. times was the mother goddess of the Canaanite people; on Mount Carmel the great Prophet Elijah – founder of the Carmelite order – challenged the pagan prophets of Baal and Astarte and destroyed them. (See “EWTN’s Fr. Mitch Pacwa condemns Pachamama ‘worship’ at Amazon Synod,” LifeSiteNews, Nov. 7, 2019).